Home > News>On 25 July at 3.30 pm, come and attend a Pastoral in Arrast-Larrebieu 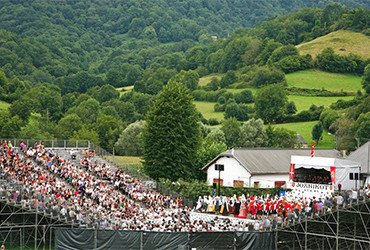 On 25 July at 3.30 pm, come and attend a Pastoral in Arrast-Larrebieu

The Souletine pastoral is an open-air play performed entirely in the Basque language and more specifically in Souletin. Heir to the medieval theatres, it is staged by the errejent, director and guarantor of the tradition, and performed by dancers and actors from the same village.

The central theme of the pastoral is always the struggle between good and evil, between two groups represented in blue and red. This traditional and contemporary form of theatre moves the crowds in the Basque Country and is considered a major event by the Basque cultural scene. Today, it is one of the essential cultural characteristics of Soule.

A pastoral is organised each year by a different Souletin village. The rehearsals last from six months to a year. The performances last about 3 hours.

Although the show is in Basque, it is one of the oldest forms of culture in the Basque Country. The village chosen this year by the Pastoral Abdelkader is Arrast-Larrebieu, located 8 km from our shop in Viodos. 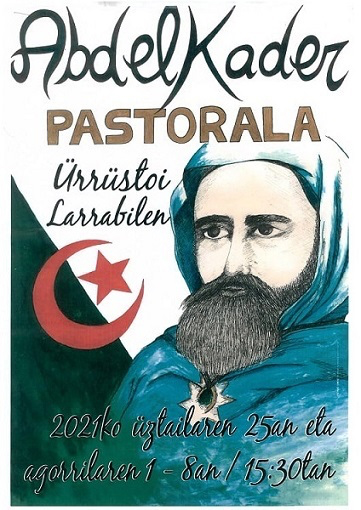